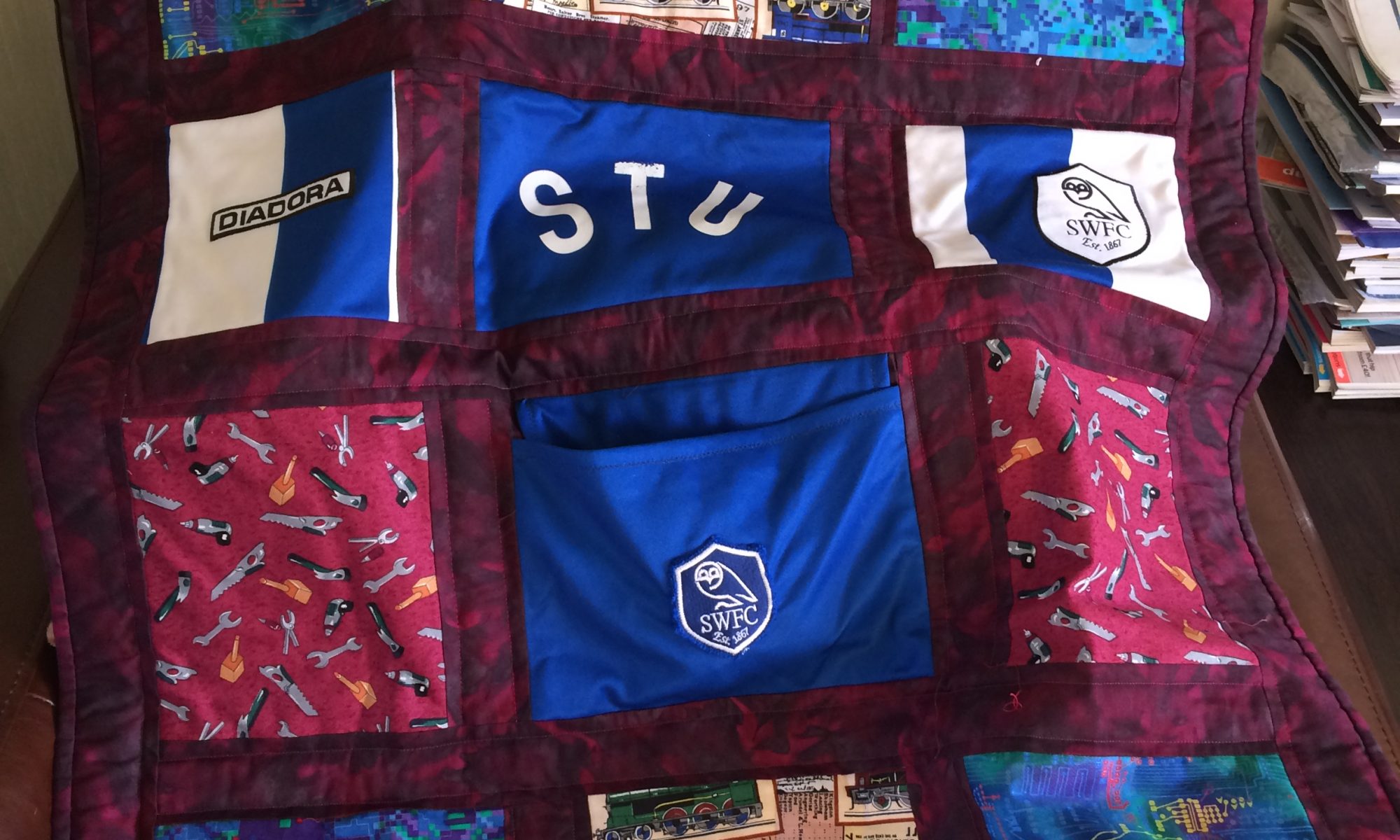 Celebrating Stu: a story from someone who has made a Memory/Fiddle quilt

Our son-in-law developed dementia while still in his fifties. He eventually had to go into a secure unit when his wife Christine could no longer manage him.

I made him the memory quilt to help him. He was a great supporter of Sheffield Wednesday and I used his supporter’s shirt as the starting point.  I cut out his nickname Stu and some other bits. Wednesday’s Mascot is an owl, so I knitted and stuffed an owl and put it in a pocket on the quilt (It was fastened in with a long ribbon so that he could not lose it). He had worked with computers and his hobby was steam trains so I found fabrics for those interests. Finally I used a piece with tools on to complete the quilt.

Many people visiting the unit admired it and were able to talk to Stuart about the quilt. It was a great help having his name on it. In January he had to go into hospital and the quilt went with him. He spent a lot of time walking up and down the ward but he always knew where his bed was because of the quilt. It helped the doctors and nurses to see his name and know what he was called and know what he was interested in. Sadly Stuart died in January aged just 62. Christine now has the quilt as a memory hung on a bedroom wall.

I would urge anyone who knows someone with dementia to make a memory quilt. It does not have to be complicated. Put their name on it prominently so that people walking past can read it and greet him. Just a few large patches and some simple quilting is all it takes. Don’t delay – I did not realize when he was given it for Christmas that he would have so little time to enjoy it.

More stories from people who have made quilts

If you have a story to share please send it to fiddlefingersquilts@gmail.com

Stories from people living with dementia and their carers

On the site below there are a number of stories from people of all ages. The stories are often uplifting,  and some poignant,  but always insightful – a recommended read to enhance your understanding of how dementia affects everyone touched by it